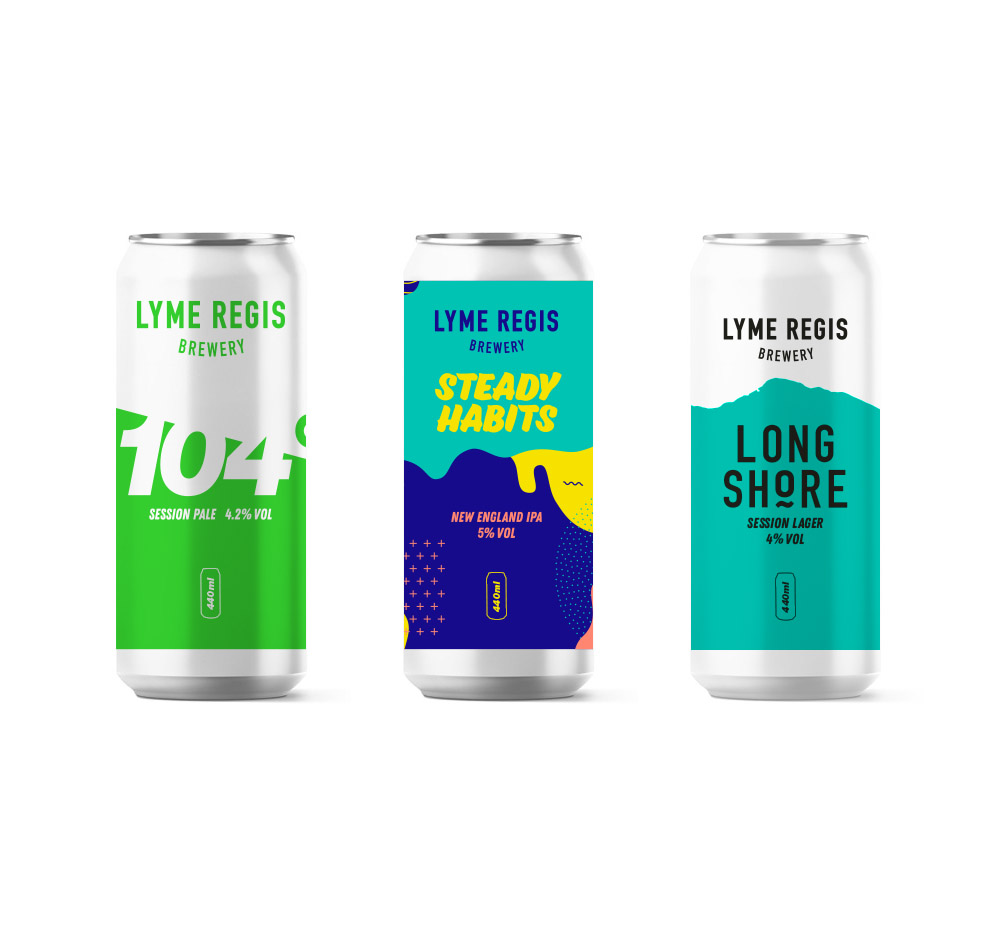 Our new range of canned beers offer a modern approach to craft beer, in contrast to the bottle conditioned ales produced previously. We currently have 3 beers available in 440ml cans:

104° is the bearing you take as you set sail from the Cobb harbour in Lyme Regis.

This hazy session pale ale uses a blend of Comet, Cascade, Centennial, Chinook and Columbus hops to deliver a light tropical aroma. A beer for the beach, or to reminisce about Lyme.

Upon reaching America, early British colonists founded a settlement on the verdant coastline of Connecticut, which they named Lyme, after their home town back in England. Today, this region of New England is sometimes referred to as “The Land of Steady Habits”. This juicy beer bomb is our tribute to those trailblazing pioneers, whose modern descendants introduced us to the New England style of IPA, some 350 years later. steady habits is loaded with Mosaic and Citra hops. Pull the pin and unleash a tropical explosion.

“existing on, frequenting, or moving along the seashore”

Crafted using only the finest English malted barley and hop varieties, lager takes its name from the long sweeping shoreline of Lyme Bay, which spans from Start Point in the West to Portland Bill in the East.